I wish that I could analyze recent and popular Tweets from Twitter. Can I do this with ATLAS.ti?

Yes, you can directly import Tweets into ATLAS.ti 8.

If you do this for the first time, you have to authorize ATLAS.ti to access your account by a New Category entering your username and password. 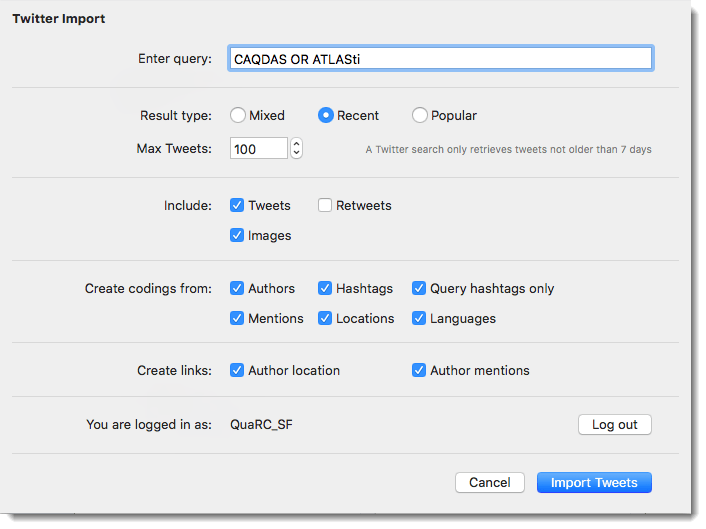 Note that you only will be able to import tweets from the last week. Further, as the final selection is done by Twitter and not within our control, queries at different times, or on different computers may result in different tweets.

Automatic Coding and Linking of Tweets

The imported data is automatically coded based on the selection you make. Tweets often contain many more hashtags than the original one that you searched for. Coding all hashtags often results in great many codes.

You can choose to code:

An automatic link can be created between:

These linkages can be visualized using ATLAS.ti networks.